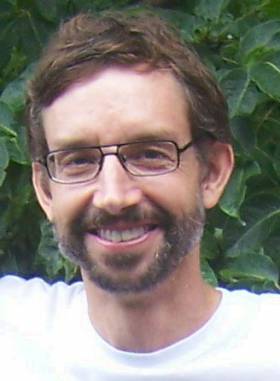 Frank Morgan has always been a lover of the natural world, both on this planet and others. So in 1998 when he spotted an ad in the Maryland Nature Conservancy newsletter seeking volunteers to help with ecosystem restoration at Soldiers Delight Natural Environment Area in Owings Mills, the Columbia resident jumped at an opportunity to help.

In his day-to-day job as an instrument scientist for Johns Hopkins University’s Applied Physics Laboratory, Frank spends an inordinate amount of time in front of a computer, designing and manipulating software which prioritizes, organizes and schedules experiments that scientists around the world wish to have conducted by the Mars Orbiter, by the Long Range Reconnaissance Imager (LORRI) telescope aboard the New Horizons spacecraft which recently photographed Pluto, and by other Earth-based and interplanetary craft. Therefore, Frank relishes any opportunity he has to get out from behind his computer monitor and feel the warmth of the sun upon his face in natural surroundings.

Frank found a perfect niche for his love of nature when he joined the all-volunteer team with the Serpentine Ecosystem Restoration Project or SERP, which spends two days every month during winter out on the serpentine barrens at Soldiers Delight marking invasive plants for eradication and destroying some of the invasive vegetation that has already taken hold in the sensitive Owings Mills habitat. It was in this endeavor that he met SDCI board member Laura Van Scoyoc, also a passionate conservationist. In 2002 Laura invited Frank to attend an SDCI board meeting to see if joining the board of directors would appeal to him. After just a few meetings, Frank was hooked on the idea of being an active participant in conserving and restoring the globally rare ecosystem that comprises Soldiers Delight. He asked to join our board of directors and we were delighted to have him.

Lately, Frank has become engrossed in a new experiment still in its design phase at the Applied Physics Lab. Remote sensing of vegetation fluorescence is considered a promising technique for large scale monitoring of the vitality of plants, crops and tree canopies worldwide. Since emitted fluorescence is directly linked to the health of a plant, the vigor of entire terrestrial ecosystems can be discerned by measuring photosynthetic activity across our planet. Observations of the fluorescence emitted by vegetation will help to accurately forecast global climate change. Frank is currently designing software for instrumentation which will measure this photosynthetic activity aboard air or space craft. Fascinating stuff.

As if he wasn’t industrious enough, Frank served as SDCI board treasurer from 2005 to 2015.  But when Frank needs to unwind, he heads to the unusual terrain that makes Soldiers Delight so perfect for hiking – and quiet contemplation on a global, perhaps even interplanetary, scale.