There is much to be learned about the history of Soldiers Delight Natural Environment Area and the serpentine barrens for which it is known. 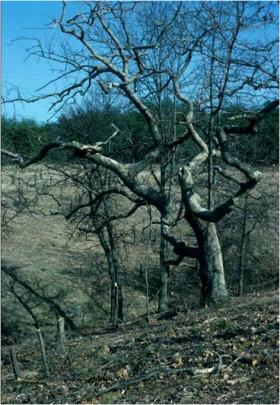 Maryland Historian William Bose Marye (“Marie”) devoted much of his career meticulously corroborating historical descriptions of the serpentine ecosystem in Maryland.  His three-part monograph provides the foundation for understanding the history and ecology of the Great Maryland Barrens.  Learn why they were called barrens, the role of Native Americans, characteristics of the ecosystem before settlement, when and why this endangered ecosystem began to collapse, and many more topics.

Here are the three parts of Marye's monograph in PDF format: 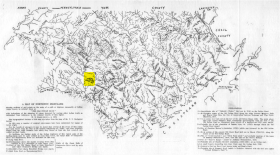 Among the 18th century records of Old Baltimore County are found a considerable number of references to a highway of Native American origin, sections of which were traveled over and adopted for use by settlers. This ancient Native American trail was called Indian Road or Old Indian Road. Maryland Historian William Bose Marye (“Marie”), through long and tedious effort, pieced and put together the historical fragments of this and other trails in this three-part monograph published in Maryland Historical Magazine.

Here are the three parts of Marye's monograph in PDF format:

Why the Barrens Delayed Settlement of Western Maryland 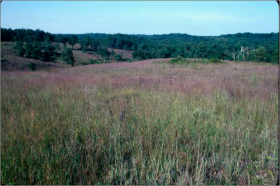 Learn how the settlement of western Maryland was delayed by the psychological effect of the Great Maryland Barrens, a scarcity of timber, and lack of an effective treaty with the Five Nations of Iroquois.

Here is the scholarly paper of Frank W. Porter, III that explains the delay in PDF format:

SDCI Staff, January 22, 2022
Have you been wondering where Soldiers Delight, originally known as “Soldiers Delight Hundred” might have gotten its unusual name?  “Hundred” was an English term used to describe a unit of government and taxation that was smaller than a shire, so that explains the "hundred" in the name, but why “Soldiers Delight”?

Edward Spencer’s article, published in 1906 but initially read before the Maryland Historical Society in 1881, has a few plausible and entertaining suggestions as to where the name might have originated. His writing provides some of our earliest descriptions of the role of Soldiers Delight in the history of the development of Baltimore County and of Maryland overall, starting as far back as the late 1600s.

The wild and rough terrain that was “so difficult to get through and so easy to get lost in”, along with its soils that made agriculture difficult, proved to be quite the impediment to development of this area over a much longer period of time than much of the rest of the region. Would you believe that once upon a time it “was easier to go from Joppa to Elkridge than from Pikesville or Randallstown or Townsontown to Baltimore”?

Luckily for those who love Soldiers Delight, the slowed pace of settlement helped to preserve this beautiful site for us to enjoy today. Read up on some very early descriptions of the area and the progression of its settlement as it transitioned from an enormous raw wild place where Native Americans hunted game, down to the last 2,000 acres of mostly-untouched serpentine barrens in the Soldiers Delight Natural Environment Area.

Soldiers Delight, the largest and most diverse of the disappearing serpentine barrens on the East Coast and home to over 39 rare, threatened and endangered species, has been described as a "2,000 acre hunk of the American West dropped into Maryland".  Read on to learn how author, history professor and former SDCI board member, Claudia J. Floyd, describes the transformation through the years of this wild land, a haven for hikers, nature lovers, geologists, kite-flyers and children, all of whom are fascinated by its distinct qualities.

Red Dog Lodge, built in 1912, stands on Soldiers Delight property in Owings Mills, Maryland, just behind the visitor center. Constructed of wood and stone, the one-room dwelling served as a hunting cabin, camping retreat, and party house to generations of Sherwood, Dolfield and Buxton families.