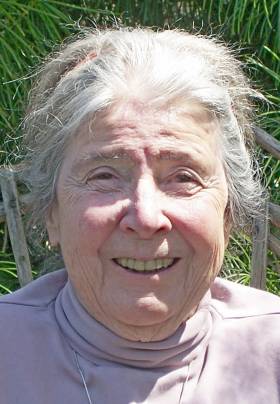 From a childhood spent riding horseback into the Soldiers Delight wildlands in the 1930s while raw eggs scrambled themselves in a glass jar tucked into her mother’s saddlebag, to her alliance in the 1950s with friends William and Frances Fastie to create “Citizens for Soldiers Delight”, Jean Reese Worthley fought the good fight to have Soldiers Delight designated as a preserve. Joined in 1965 by a Pikesville community activist named Florence Rogers who was known for her formidable fundraising skills, Jean formed Soldiers Delight Conservation, Inc., which sought and eventually received numerous endorsements to promote preservation of the Soldiers Delight wilderness.

In 1969, Delegate Richard Rynd joined the fight to preserve the serpentine barrens and became its ardent champion. Together with these and other founding members, Jean and Florence fought valiantly to educate politicians and the public about the many virtues of this unusual site. They were instrumental in making the preserve, and its visitor center, which was constructed in 1991, a reality.

Over eighty of the ninety years she has been on this planet, Jean has enjoyed and extolled the virtues of Soldiers Delight. Known best for her career as host of Maryland Public Television’s Hodgepodge Lodge from 1970 to 1977, the trained zoologist and former preschool teacher referred to as “Miss Jean” by thousands of young fans, along with her husband, noted botanist Dr. Elmer G. Worthley, spent many hours hiking the trails at Soldiers Delight and teaching others about the plethora of rare and endangered species of flora and fauna which populate the serpentine barrens. Jean is also the author of a book which was published in 1976: The Complete Family Nature Guide.

A library in the exhibit hall of the Soldiers Delight visitor center is dedicated to Elmer and Jean Worthley. It displays some of the many books about botany and nature that the Worthleys have donated to SDCI over the years, as well as Dr. Worthley’s microscope and other artifacts which represent decades spent studying lichen and other unusual attributes of the Soldiers Delight habitat.

As president of the SDCI board of directors from 1997 to 1998, Jean oversaw the ongoing conservation efforts of the Friends group and kept the fires stoked in the bellies of her fellow board members to be ever vigilant in guarding against transformation of the globally rare ecosystem into a gentrified recreation area with concrete playgrounds, baseball diamonds and covered picnic pavilions.

In September of 2011, SDCI made a sizeable monetary donation in memory of Jean’s beloved husband to the Baltimore County Public Library, stipulating that books purchased for the library with the donated funds be dedicated to the study of nature and the involvement and enjoyment of children and families with the natural world. SDCI designed a commemorative bookplate honoring Jean and Elmer Worthley which was affixed to every book purchased with this donation.

Following a hip replacement and with her eyesight fading, Jean no longer attends board meetings or leads wildflower hikes on the Soldiers Delight trails. However, she remains an active and valued member of our board of directors via email and telephone, and was our guest of honor at SDCI’s 2008 benefit dinner and gala, held at Baldwin’s Station restaurant in Sykesville.