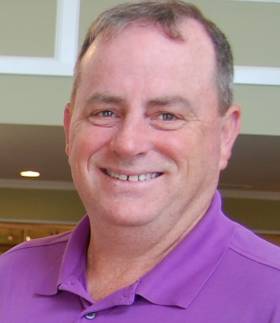 Joe Kelly first got involved with Soldiers Delight through his longtime friendship with its current president, Laura Van Scoyoc. Joe’s acquaintance with Laura spans almost thirty years, dating back to when they first met in 1986.

One winter day in 2004, when Laura said she was going off to Owings Mills to perform several hours of volunteer work outdoors hacking away at invasive species threatening to overrun the rare and endangered plants native to the serpentine barrens which runs through northwestern Baltimore County, Joe offered to tag along to see if he could be of help. Joe has been involved in some way with Soldiers Delight ever since.

In 2007, after many hours spent volunteering with the Maryland Department of Natural Resources Wildlife and Heritage Service’s Serpentine Ecosystem Restoration Project, or SERP, Laura invited Joe to accompany her to a board meeting of Soldiers Delight Conservation, Inc., the Friends group for the preserve, of which Laura had been a longtime member. After attending a few meetings and expressing his desire to become involved with our cause, Joe was voted in as a member of the board of directors.

When Joe is not busy working his shift as an intelligence analyst for the defense sector, he makes every effort to attend board meetings, to continue his work helping to eradicate invasive plants with SERP projects during the winter, and to help out with various fundraisers and other activities occasionally hosted by SDCI.